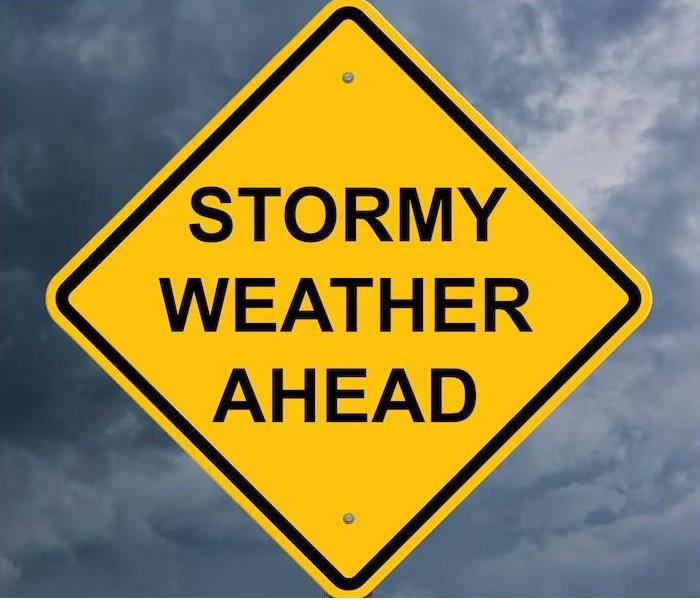 When storms do damage, we go to work to make things right. Contact SERVPRO of Northwest Bergen to start the restoration process.

We’re all aware that 2020 was a challenging year but did you also know that  2020 saw more weather disasters than any previous year on record.

Once a storm hits the billion-dollar mark in terms of damage caused, it’s officially given the dubious moniker of “disaster.” The U.S. suffered 22 such events in 2020, and of course there were many other weather events that didn’t reach the disaster threshold—in fact, the National Weather Service didn’t prepare enough names to be able to keep up with all the Atlantic storms the year produced, so they ended up using Greek letters to serve as additional names.

It’s easy to blame hurricanes for causing costly damages, because they’re so obviously devastating. But it so happened that the most expensive disasters of 2020 in the contiguous United States were thunderstorms and tornadoes.

Of the year’s 22 official disasters, 14 of them were storms or storm events like tropical storms Fay and Isaias, which dumped floodwaters and took out power for days at a time in the Bergen area.

To give you an idea of the power of a single storm: In August, a single storm system in Nebraska became a rare derecho (kind of like a tornado made up of cutting straight-line winds) took out over 100 million acres of corn fields—an area more than 150,000 square miles—threatening over 11% of the entire country’s corn production, and half the crop of the state.

While we hope for gentler years to come, it’s hard not to notice that 2020 was following a trend toward more extreme weather events. Each of the last 10 years has produced at least eight of the billion-dollar disasters, and several of those years have set records of their own, such as the $300 billion in damages caused by storms in 2017.

Precautions against storm and water damage should be part of every property owner’s routine. But should extreme weather overwhelm your preparation or cause unforeseen damage, remember SERVPRO is on call 24 hours a day for emergency help, and we’ll be there “Faster to Any Size Disaster.”

When storms do damage, we go to work to make things right. Contact SERVPRO today to see how we can help.